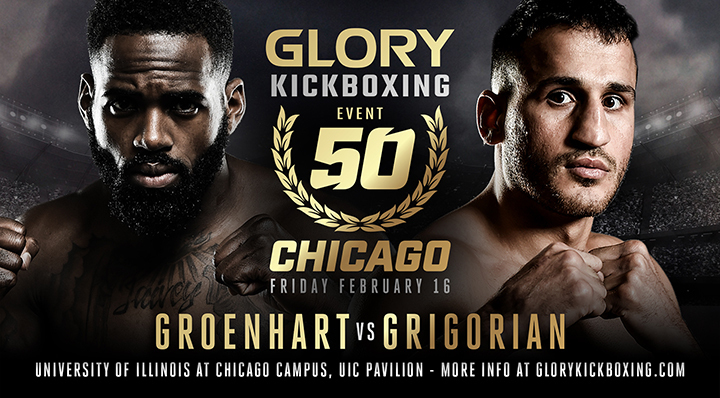 GLORY, the world’s premier kickboxing league, today announced the date and venue of its first event of 2018.

Located on the University of Illinois at Chicago campus, UIC Pavillion will be the site of GLORY 50 Chicago and GLORY 50 SuperFight Series on Friday, Feb. 16.

“We [as an organization] have made commitments to the Chicago area, including two greatly successful events in 2017,” said GLORY CEO Jon J Franklin. “The passionate kickboxing fanbase [in Chicagoland] has consistently rewarded us with infectious energy and a lively crowd.

“This event is obviously significant for GLORY, being our 50th live show and first event on the UIC campus, so I’m personally looking forward to another unforgettable fight night in Chicago.”

GLORY 50 Chicago is headlined by a trilogy fight for the GLORY welterweight world championship.

After Groenhardt landed a knee in the second round, Grigorian turned away from his opponent, leading to an unimpeded knockout punch by “The Predator.” Following the finish, two men attacked Groenhart in the ring. While the assailants were apprehended and Groenhart walked away uninjured, the finishing sequence and ensuing attack have heightened intrigue in a rubber match.

Since the previous bout, Groenhart has gone on to become champion, dethroning Cedric Doumbe at GLORY 44 Chicago in August. On the same fight card, Grigorian defeated both Karim Benmansour and Antoine Pinto during a one-night, four-man contender tournament, earning a No. 2 welterweight ranking and the trilogy bout with Groenhart.

Additional bouts for GLORY 50 Chicago and GLORY 50 SuperFight Series will be announced shortly. 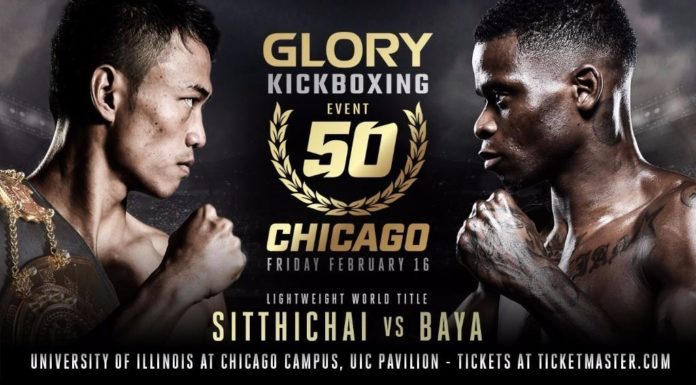 Baya, also 26 years old, presents a new challenge for the dominant champion. “Bad News” made his GLORY debut on five day’s notice, upsetting contender Josh Jauncey with a stunning knockout that announced his arrival to the division. Following tournament victories over Anatloy Moiseev and Massaro Glunder, Baya most recently knocked out Samo Petje at GLORY 49 Rotterdam to bring his GLORY record to an unblemished 4-0.

Illinois natives Richard “Maximus” Abraham and Daniel “La Maquina” Morales are both scheduled to complete on Feb. 16, with respective opponents and additional bouts for GLORY 50 Chicago and GLORY 50 SuperFight Series to be announced shortly.

Combat sports’ deepest heavyweight roster will be on full display next month, with three top-five fighters and one exciting newcomer assembled to comprise the one-night, four man heavyweight contender tournament at GLORY 50 Chicago.

In the first of two semifinal matchups, 21-year-old prospect Junior “The Juggernaut” Tafa (18-1, 13 KO, fighting out of Australia) looks to establish himself amongst the cream of the heavyweight crop when he takes on dynamic striker Guto Inocente (34-8, 17 KO, fighting out of Brazil), ranked No. 5 in the division.

A protégé and training partner of UFC heavyweight and K-1 Grand Prix winner Mark Hunt, Tafa made his GLORY debut in October, quickly finishing Quanchao Luo in the very first round.

Inocente has put together an impressive run under the GLORY banner, compiling a 4-1 record that includes victories over a litany of top-10 foes.

Two of the fighters seeking revenge against Inocente will square off in the tournament’s other semifinal bout. Two-time heavyweight title challenger and current world No. 1 Benjamin “Mister Gentleman” Adegbuyi (28-5, 16 KO, fighting out of the Netherlands) steps through the GLORY ropes for the 12th time when he throws down with Curaçaoan-Dutch contender D’Angelo “U.S.” Marshall (17-2, 9 KO, fighting out of the Netherlands).

Romania’s Adegbuyi is no stranger to winning twice in a single evening, earning contender tournament victories at both GLORY 24 Denver and GLORY 35 Nice.

Marshall has only one loss on his GLORY record, dropping a razor-close decision to Inocente in extra rounds at GLORY 37 Los Angeles last January. Now ranked No. 3, he most recently picked up a unanimous decision over perennial contender Ismael Londt at GLORY 49 SuperFight Series in December.

Both fighters competed at GLORY 44 Chicago in August, with Abraham dominating Daniel Morales en route to a unanimous decision victory and Watson-Smith ending Jeremie Holloway’s night with leg kicks in the second round of a tournament reserve bout.

The complete five-fight card for GLORY 50 Chicago can be found below:

Before GLORY 50 Chicago kicks off, lightweight champion “Killer Kid” Sitthichai Sitsongpeenong (118-30-5, 32 KO, fighting out of Thailand) makes his way back to the GLORY ring for a title defense against exciting Angolan challenger Christian “Bad News” Baya (60-5-1, 35 KO, fighting out of the Netherlands) in the GLORY 50 SuperFight Series headline bout.

The GLORY 50 SuperFight Series co-headline bout will feature a rematch, pitting heavyweight knockout artist Cătălin “The Carpathian Death” Moroșanu (44-11, 26 KO, fighting out of Romania) up against 28-year-old standout Giannis “Hercules” Stoforidis (26-6, 13 KO, fighting out of Greece). During their first encounter in 2014, Moroșanu knocked out Stoforidis in the second round. 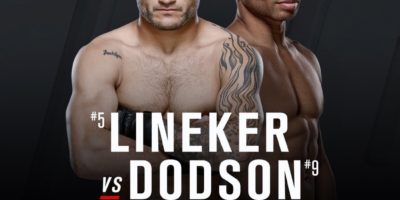 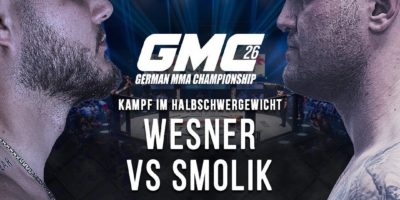 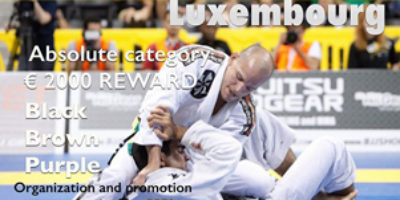 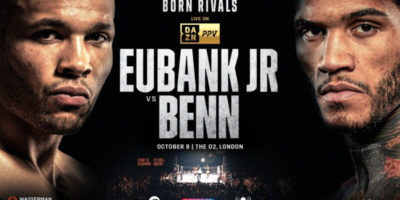 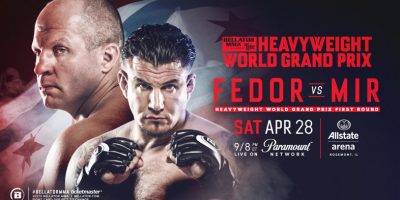 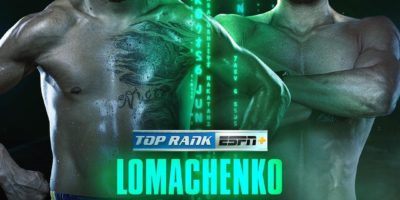